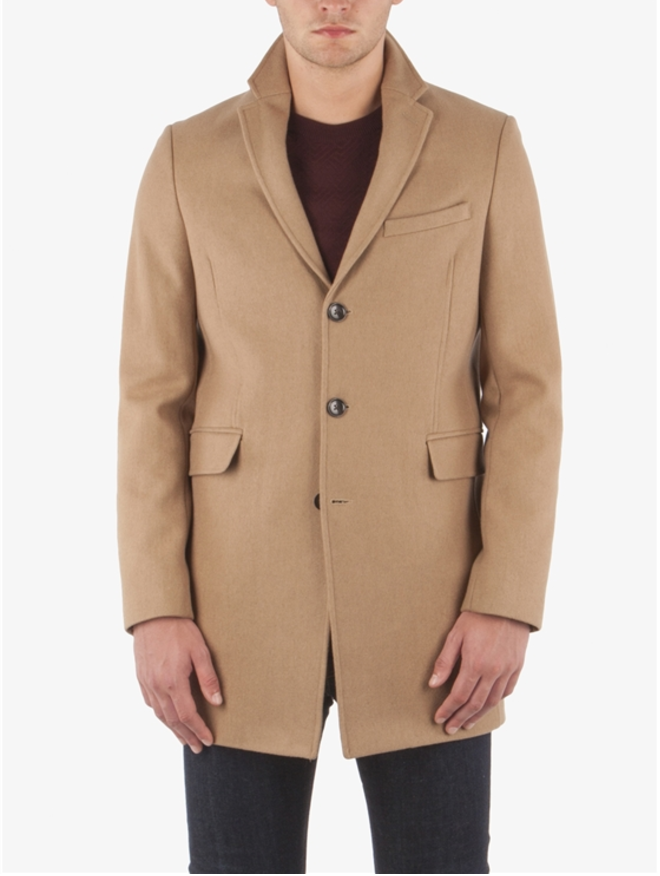 In post-war Britain, Teddy Boys and the Italian-inspired Modernists, or Mods, expressed their sense of belonging to a culture, through their sharp-styled clothing. Mods loved the slim-fitting, colourful Ben Sherman shirt, which Brighton-born Ben Sherman launched in 1963, following his return to the UK from the US, where he had learned clothing manufacturing in his father-in-law’s business and been inspired by the classic American Ivy League shirt and high quality, colourful American fabrics.

Following this success, the Ben Sherman showroom opened on Carnaby Street, followed by another 2 London shops, and 1 in Brighton. Young men continued to buy the original oxford cloth and colourful gingham shirts and they were worn with equal enthusiasm by 2 Tone fans, Ska fans, and the Britpop generation, by which time the brand was global, offering jackets, coats, knitwear, shoes and boots, as well as the iconic Ben Sherman shirt.

This timeless Ben Sherman Covert Wool blend Coat is lined with Ben Sherman gingham and can be worn both over a casual outfit or smart workwear, all winter long.  Available in Desert Sand (as shown), Navy Blazer or Jet Black. £175, Click To Shop