It’s easy to bash Marks & Spencer. With today’s consumer facing so much choice, online and on the high street, of course, M&S is both having to defend its market share, and continually innovate to remain competitive.

Despite criticism of its newly-launched site, and continual criticism of its Per Una range, there is strong support for the Collection and Autograph ranges – and for men’s tailoring – see our post about Savile Row-standard suits for less than £200.

Now, not only are Marks & Spencer collaborating with one of the world’s most beautiful models, Rosie Huntington-Whiteley (she launched her Rosie for Autograph lingerie range last year and it became Marks & Spencer’s fastest-selling range ever), they’re also partnering with the UK’s most popular male model, David Gandy. If you think this is just a publicity stunt, take a look at this summary of customer reviews for the Silk Non-Padded Balcony A-DD Bra with French Designed Rose Lace from Rosie’s range: 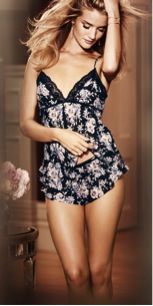 Furthermore, despite critics’ predictions that the average British woman couldn’t relate to Rosie, she clearly has very broad appeal and most importantly for M&S, her premium, contemporary designs rival and out-sell luxury brand lingerie.

Which all bodes well for Mr Gandy. Remember his underpants ads for Dolce & Gabbana that generated 11M online hits on their first day of release, back in 2006? This was his first campaign.) Well, now, like Rosie, he will be designing and modeling underwear for Marks & Spencer. Men rate his style credentials highly. And those men whose underwear and sleepwear is bought by women are likely to find they’re wearing his designs from September.

He may not be a globally popular sports star like Beckham or Ronaldo, but Gandy’s pants will sell for £20 for a pack of 2 (Cristiano is selling Mens Trunks for EUR 24.95 and 3-packs of briefs for EUR 36.95) and like Rosie, David is involved at every stage of the design, down to fabric selection. As you’d expect from a pragmatic man, he is keen that the comfort and fit of his range is spot on. 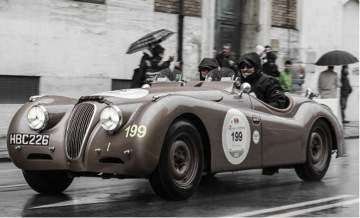 Interestingly, as with Rosie, journalists describe David as grounded and realistic, rather than high-maintenance or removed from reality. Often hailed as a consummate gentleman, David Gandy reminds us of James Bond – he’s spoken at length in the media about his avid enthusiasm for cars, watches and antiques – and there’s no British icon that’s held more male popularity down the decades than 007.

The 28-piece David Gandy for Autograph range than at London Fashion Week, on its last day, the 18th September, the perfect platform. We wager it won’t just be the TV ads that drive sales for M&S next season. M&S have made shrewd moves by bringing two of the most globally sought-after UK models in-house, to help them attract and win-back both new and loyal customers.

2 Responses to “Marks & Spencer brings out the big guns”